I was visited by a wolf last night 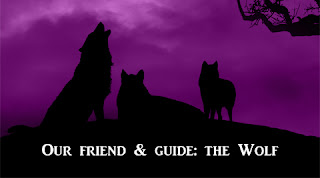 Ever since my experience with spiders 4 years ago, I've become increasingly aware of all the signs the universe sends us -it's unique form of communication. There are always several meanings that go along with any creature who crosses your path and the one that is the right is the one that instinctively grabs you.

A month or so ago, I had to expand the language I had associated with spiders when they appeared when I was in a very positive frame of mind.

The fact is, when the universe sees that you are listening, it will expand its vocabulary. Not that it doesn't sometimes talk to you. It does. But for one such as me, unless I'm in a focused conversation where I'm speaking with a universal presence, I tend to think those voices in my head are me having a joke.

When I first started looking into the meanings behind the insects, animals, and signs that crossed my path, they were instant. Now that I'm paying attention, finding the meanings behind them have taken a new turn. All along it has been teaching me to trust intuition and now through intuition I'm beginning to understand a more in depth language of the universe.

Last night I was visited by a wolf. I was lying in bed waiting for my essential oil distiller to run out of water so I could clean it out and had turned off most of the lights. Suddenly out of the corner of my eye I saw a shape. That happens often, actually. Oft times when I try to focus on what occurred on the edge of my vision, it will disappear by the time I look. So imagine my surprise and awe when I saw him as a shadow on my ceiling. He was lying on his stomach, his head slightly raised, his ears perked, his haunches slightly raised as though he was ready to move when I was. Kind, watchful... a guide waiting for me to follow.

I grabbed my tablet and tried to do an instant lookup on wolves metaphysical meanings and nothing rang true... until this morning.

After turning off my lights and curling up, he came to me and asked if I was ready. Naturally, I was nervously excited and I said yes. "Run with me," he said and we took off. The feeling of the wind as I ran at a super speed, keeping up with him, was amazing. as though we traveled thousands of miles every second. We stopped and he told me to close my eyes. I did so. What happened next I am not ready to share yet. It was so intrinsically personal and mind opening. When I have learned more about where he took me and if he says I may share, I will.

This morning, I found a reference that said wolves were mentioned as guardians to the universe in old tales. My wolf guide stood as a guide and guardian. It was only through his taking me there that I was allowed to crossover into another realm. Where he took me was amazing and life changing. And where I've been headed for some time. He gave me my first true look, my first glimpse, into another dimension/realm. And of all the openness it contains.

I look forward to where he guides me next.

Currently my message is this: Keep growing, keep expanding, and keep dreaming your dreams. Leave the how up to the universe. It can deliver in amazingly mind-expanding ways.

January 30, 2014
Okay, I am here to share with you something big that I achieved! 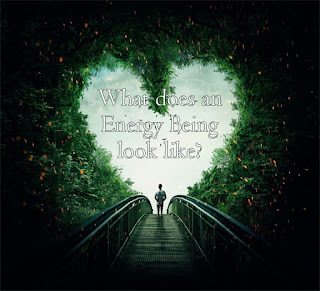